Harris A. Sanders Talk on The Fort Frederick Apartments Move 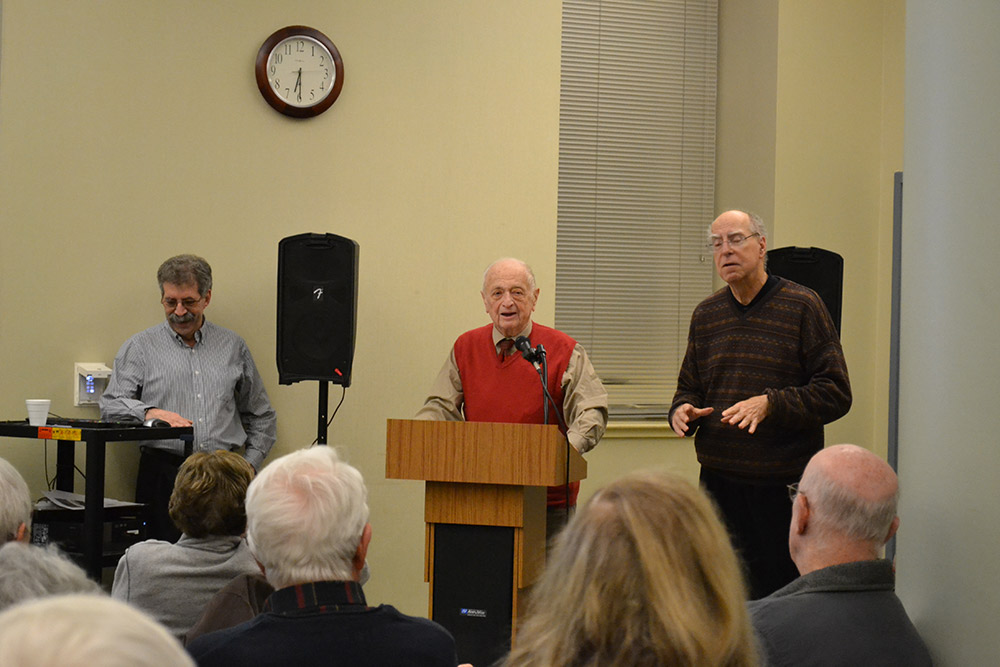 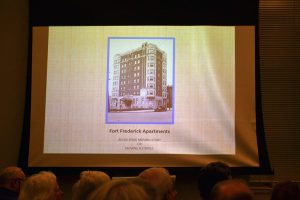 On January 18, 2017, Harris Sanders, longtime Albany architect, along with Albany city historian, Tony Opalka spoke to a “sell-out” crowd about The Fort Frederick Apartment building which was moved a block in the 1920’s. The talk was held at the Pine Hills branch of the Albany Public Library.

The Fort Frederick Apartments in Albany was literally picked up, placed on rollers, and over the course of two months was slowly moved by two teams of horses from its original location at Swan and Washington Avenue to State Street near the Capitol – where it still resides today. The building was moved to make way for construction of the Smith Building.

Sanders and Opalka also discussed the city’s geology and how it affects the way buildings are constructed.

The talk attracted an unexpectedly large crowd which filled the library to capacity and dozens of people had to turned away.